The Most Bizarre Foods in Singapore 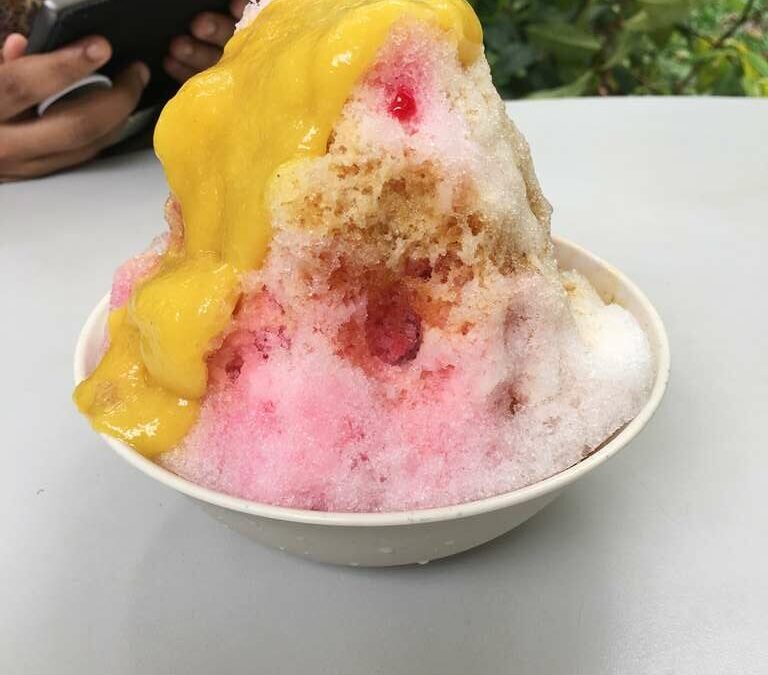 Singapore is a melting pot of Chinese and Malaysian cultures. The abundance of food centres makes it easy to find and experience a variety of food. Whether it’s Michelin starred chicken rice (at Tian Tian chicken) or local char kway teo and lor mee, you can find everything in a food centre. The city-state is also a great place to find some bizarre foods. Here are our top picks.

The stinkiest fruit in South East Asia – so stinky, it’s banned on public transport. Even Andrew Zimmern who’s eaten some truly bizarre foods met his match in the durian. And yet, in my opinion, fresh durian tasted like an inferior jackfruit. So maybe it’s just the smell putting people off, and not really the taste.

Singapore has a salted egg fetish, and for some reason they thought it was a good idea to make it an ice cream. Available at Tom’s Palette, which has an extensive range of ice creams, this tasted like frozen egg yolk. It’s a savory-sweet, creamy mix that some people thought was perfectly balanced, but somehow didn’t work for me. I will stick to Kaya toast for that taste instead.

For the adventurous foodies who have graduated from eating bizarre species to all parts of the animal, this organ soup gives you a little taste of everything. The broth is boiled with a mix of pig offal including liver, heart, intestines, blood cubes, stomach and tongue along with pork meat slices, salted veggies, chopped onions leaves and pepper. This one is for the foodies with a strong stomach – look out for it at a food center.

A thousand-year egg, preserved and waiting for you to try it. Even though the Thais and Laotians refer to it as ‘horse urine eggs’ in their native tongues, that’s not true. It tastes like a regular egg, with the bite of the yolk dialled up. It’s a popular topping to most dishes, and for the strong-willed, you can get it as a side to taste the undiluted flavour.

A Chinese delicacy, this is a braised version of the webbing on a goose’s feet. While it would seem that the meat would be tough, the braising makes it soft, and almost melt-in-the-mouth. As per the Chinese, this dish will make you a better swimmer. The best place to experience this delicacy would be at the Imperial Herbal restaurant.

Singapore is the Food Center of the Earth and we had our fill of Bizarre Foods there. From Durian Ice Cream to Crocodile Tails and Moreton Bay Bugs to Tongue Soup, we had it all.